The legend, as told by Bub

Ever since I can remember, Mutha had a real knack for cookin’. She could tell if something needed something just by looking at it. Her taste for food was unbelievable and good gosh could she cook up a meal. That is, until the day of the accident.

You see, we was getting ready for a big shindig. Lots of folks was comin’ round to visit and eat some of Mutha’s wicked good food. Up here in DownEast Maine, her kitchen skills was almost legendary, even unbelievable to some. But, it was all true. Right up until just before the big event started. Makes me want to weep just thinkin’ bout it.

She was fixin’ up some real fine, what you city folks call a pallet of flavors. We was havin’ a real food fest with smoked ribs and brisket, lobstah and some traditional fried dough for dessert. I should mention that Mutha was always a grazer. Yup, she wouldn’t hardly ever sit down for a meal. More ‘n likely, she’d pick here and there all day long.

As she’s cookin’ she’s tastin’ and as such, we come to the fried dough. Just as she is about to reach for a gonkin’ hunk a dough, an air bubble pops and sends hot oil shootin’ up her nose and mouth. It was quite the sight.

Anyhow, after the screamin’ died down a bit, we’s taken her to the clinic. Where upon the doc looks up her snoot and down her throat.  He says to her that she’ll live, but there might be effects on the side.  He had no good idea how right he was.

Seems that from the day she healed till right up and until this very second, Mutha can’t smell a skunk if it was settin’ up housekeepin’ in her nose. And for taste, she couldn’t tell the difference between coffee and a cod fish.

It seems as if all her days in the kitchen was done.

But, I guess I didn’t know her as well as I thought. She was a tinkerin’ round the spices for what seemed like days. And all at once, as if a Christmas miracle happened, she come outta the kitchen with a drumstick in one hand and a rib in the other. She had some kind of ring around her mouth that was hard to see cause she was smilin’ so big.

She comes on over to me and hands me the rib and before I could ask what’s up, she pushes that piece of meat in my mouth. Just as it hit my lips, my tongue commences to tinglin’ and she bites a big hunk of chicken off the bone and said somethin’ I couldn’t understand. Even before the tragedy, Mutha talked with a mouth full and I usually just nodded. But this time I really did understand!

The special blend of spices not only makes for awesome meat, it’s so powerful that even Mutha can taste it. However, she still can’t smell worth a lick. All of a sudden, it hit me like a runaway lobstah trap. We can’t keep this discovery a secret. So, now you see why we had to start makin’ a dry rub for BBQ right here in Wintah Habah, Maine. Bub ‘n Mutha’s DownEast Dinnah Dust is born.

Friends have been using it at cookouts, with grills, smokers and on everything from BBQ ribs to pulled pork.

And now you know. 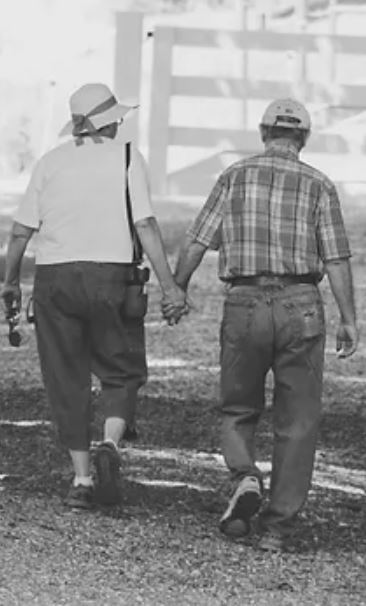 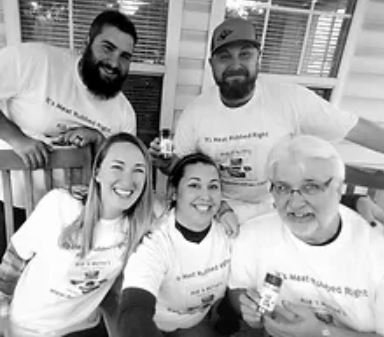 Do what you love, and you’ll never work a day in your life. That statement has hung over me for most of my adult life. Every time I heard it, I would think about unicorns and rainbows rather than real world. But, after decades of work for others, I finally get it.

I was born right here in Winter Harbor back when it had a Naval base that my father was stationed at. After his discharge, I moved with my parents to the NYC area and was raised there. I too served in the Navy and after I got out, worked mostly in the auto industry. First in sales and later as a trainer. But I always wondered what life would have been like in Winter Harbor. However, work and opportunities took me in different directions.

After one of those opportunities took me to live in the Carolinas for a few years, I became totally enamored with barbecue. I ate it, traveled to find it, learned the key differences and ultimately began cooking that way. I even began experimenting with different spices for rubs.

As luck would have it, I had the chance to return to Maine and I actually purchased the house my father lived in till he passed away. The town had all the trappings of Maine tourist attractions, but the rest of the year, it was very quiet. I also noted that many young people were moving away for better opportunities at the same time local Veterans were looking for reasons to stay.

What if I could combine a love of barbecue with a Maine attitude, grow a company that hired young veterans and helped keep Winter Harbor vibrant year-round? I would need to make a rub that had Maine flavors and could be used indoors when weather was harsh. It had to be more than just a dry rub. Mainers like to have things with multiple uses. That’s the tradition and the common sense that makes everyone so resilient.

Now, we’re looking to grow so I can hire talented Veterans from the area so they can earn a quality living, get training and keep their families right here. If you’d like a real taste of Maine, give us a try and I promise not to disappoint you. And for every month that you spread the word and help us sell just 10,000 bottles, we can hire one Veteran full-time.

What our customers are saying:

“I started by tasting each of the rubs they sent me. I tried their Down East Dinnah Dust first. As soon as I opened it I was happy! Most cheap rubs are all salt and sugar. This one wasn’t. When I tasted it there was a nice sweetness without all the sugar. There was just a touch of salt which is needed to enhance meat flavor but is usually overdone. It has a touch of fruit taste and some complex spice/herb flavors. Then I tried their Honey ‘n Heat rub. Again, it looks like real ingredients instead of a mixture of sugar and salt. It has just a touch sweeter with a nice background of honey. There is definitely some heat but it isn’t offensive. It just slowly grows to a nice warmth. We Used these spices on ribs and were in love!! I highly recommend them find the one that is right for your taste or be like me and get ’em all!”
Mariah L